We are on the modern civilization using modern technology for daily activities, do you know there are hundreds of isolated tribes still living in some of the most insulated regions on earth, and they are never been contacted or communicated before by modern society. The tribes are living for hundreds of years with their different style of living and tradition which unchanged till today. The tribes can found who living in the isolated area such as widely covered forest, small individual islands, and inaccessible places. All Tribes commonly uses weapons made by woods to protect their livestock. The Amazon forest is the place for mystery and there are many uncontacted tribes or peoples in the forest.

The Brazilian Tribes or Indigenous peoples of Brazil, the government department says there are about 67 uncontacted tribes in Brazil. The survey found about 188 living indigenous languages with thousands of speakers of tribes. The total population of Indigenous people (Except uncontacted) is 817,000 (0.4% of Brazil’s population).

Location: Predominantly in the North and Central West, Brazil

The Tribe of the 70 indigenous peoples in the Philippines, there are only 500 Batak remaining today, the research says they established their colony thousands of years ago and they had trading contact with Chinese merchants as early 500 AD. The Batak also called Titian’s, the anthropologists considered that the tribe closely related to the Ayta and Negrito tribes.

They only number of 5 members in the group, considered isolated tribe by the Brazilian government, the report say that some Akuntsu members killed by armed outsiders, their spoken language is Akuntsu which is not understood by outsiders, it belongs to the Tupari language family. The official contact made by FUNAI (Brazilian governmental protection agency for Indian interests and their culture) in 1995.

Also called as Guaja an endangered group with population approximately 350 and 100 among them are not with outside contact. There were many instances of tribesman being killed by settlers, it seemed their culture and tradition would become out by clearance of farming. The Government finally demarcated Awa’s land in March 2003.

With the Population of approximately 256 in 2010, the tribe is living the State of Para on the Cuminapanema River in Brazil, their language is Zoe. The Zo’e peoples commonly wearing a wooden plug knifelike the bottom lip, the tradition and the home they building are different.

This tribe encountered by the tourist while walking through the jungle in Peru, the group of Peruvian tribe and attempted to communicate with tourists, but the tribesman didn’t know outside language then they disappeared in the jungle. After the scene Anthropologists searching for them without success.

Jarawa’s are one of the Adivasi indigenous people of the Andaman Islands, living in the western side of south Andaman and Middle Andaman islands in India, their language is the Jarawa and religion of indigenous beliefs. They are about 250-300 peoples living in the Andaman forest, since 1998 Tarawa’s have regular contact with modern civilization especially with tourists, but they still remains with their tradition and lifestyle.

Location: Western side of South Andaman and Middle Andaman Islands.

The North Vietnamese soldiers found Ruc peoples during the Vietnam War, living in the caves in eastern Quang Binh province. The Jungle damaged during bombing raid and the Ruc tribe decided to stay within the civilized environment rather than remain in their traditional homes, but they still follow their style of life.

The endangered tribe located between Guaviare and Inirida Rivers and they lives in Amazon forest in Colombia, the population of around 300 and speaks Nukak language. Nakak are expert hunters, they hunt using blowguns with darts coated with poison made from different plants, and their favorite hunting animals are monkeys and birds, also eat several species of fishes, fruits and collect honey.

This is the largest tribe in the world with the population about 186,875 in the year of 2007, the population significantly found in Ethiopia and South Sudan. Suri, Mursi and Me’en are the prime languages of the tribe, their tradition and art still alive and living in the wood hut, the Surma woman with lip plug that only found in Surma tribe. The Surma has groups of around 500 to 2500 with little changes in tradition and lifestyle. The modernity assumed by Surma people is the use of the weapon AK-47 to protect their livestock and even their groups.

A group of around 5000 peoples is living all around the Ramapo Mountains of Bergen and northern New Jersey and in Southern New York. The Tribe has clear contact with modern civilization and they like to remain with their traditional style of life, they have the tribal office which located in Mahwah in New Jersey, their present Chief is Dwaine Perry from 2007.

Also called as Kolufo, are a tribe of Southern part of the western part of Indonesian New Guinea, around 3,000 peoples remains today. They communicated in Korowai language and most of the peoples live in tree houses in isolated territories. After 1970 successful contacted by Archaeologists and Missionaries, they come to know existence of people and allow outsides as well.

Unknown groups of native were found in Western Australia in 1984, the group of nine Pintupi people consisting of two wives of past husband with seven children. The group met the man from Kiwirrkura while searching for their relatives, after making contact and relationships the Pintupi nine were invited and presently live at Kiwirrkura, where they reside today. In 1986, the Member called Yari Yari returned to the Gibson Desert where the group came from and continues his life there.

The only man left in the hut of an unknown tribe lives in the Amazonian forest, he is not allowed outsiders to contact and hiding when others trying to get closer. It believed that he is the last survivor of the unknown tribe. The government announced exclusion zone of 31 square miles and no one is allowed near his activity zone to protect him. No one knows the tribes story, the Anthropologists have been attempting to contact him, but he refusing from past 15 years. 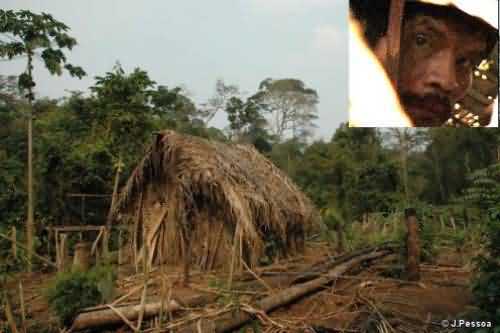 Around 250 to 300 people live on North Sentinel Island is one of the islands of the Andaman Islands in India and far from other near islands, it covered 72 square km of Area. The Sentinelese avoid any contact with other people and thought to fight back to protect them, they remained untouched by modern civilization. In January 2006 two local fishermen were killed by the tribesmen when their boat floated coast of the island. 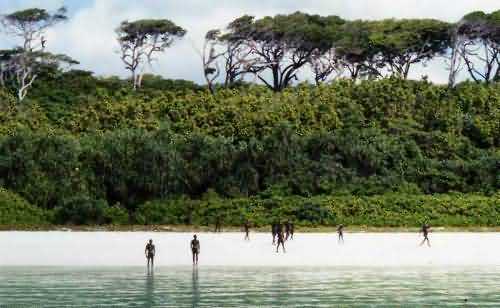